ST. SOPHIA This ancient basilica, built by Constantine the Great in the 4th century and
reconstructed by Justinian in the 6th century, is one of the architectural marvels of all time.

SULTANAHMET IMPERIAL MOSQUE Across from St. Sophia built in the 16th century
by the architect Mehmet, is known as the BLUE MOSQUE because of its magnificent interior
decoration of blue Iznik tiles.

HIPPODROME Ancient Hippodrome, the scene of chariot races, with the three
monuments; the Obelisk of Theodosius, the bronze Serpentine Column and the Column of
Constantine.

GRAND COVER BAZAAR In this labyrinth of streets and passages are more then 4,000
shops with each trade having its own area: the goldsmiths’ street, the carpet sellers, Turkish arts and crafts, such as handpainted ceramic plates, hand-honed copperware, brassware and trays, water ewers, onyx-ware and meerschaum pipes. 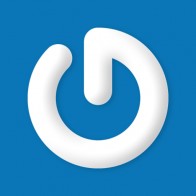